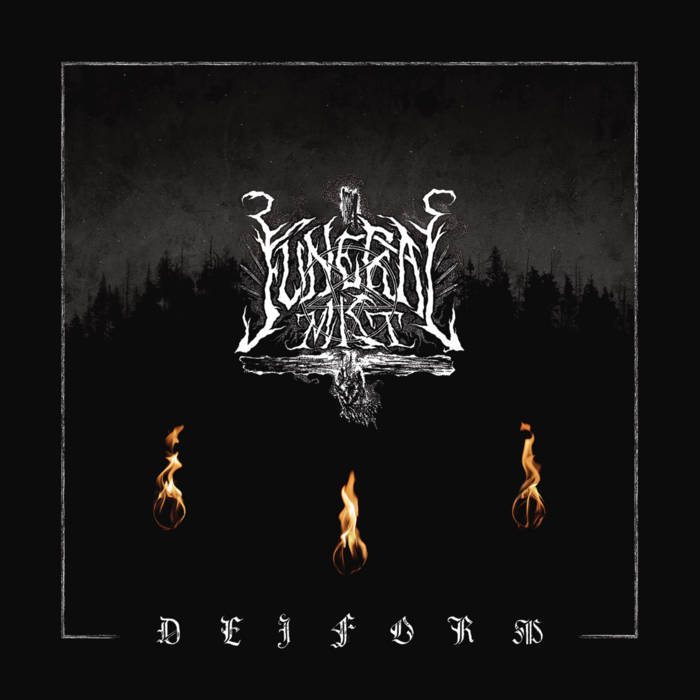 Funeral Mist albums always appear out of nowhere. Last time there was a nine year drought and then without any announcement Hekatomb dropped, this time the wait was short by half but the announcement was made a week in advance with two weeks left of the year. So despite having my year end list mostly ready I decided to hold off a week so I could at least give this a few listens before deciding to include it or not. Now as Hekatomb topped my list in 2018 it’s hardly a surprise I had high hopes, and after some initial trepidation they’ve been mostly met. My first listen was jarring as it was rather underwhelming not a feeling I’m used to when it comes to Funeral Mist. I was ready to write the album off but the next day had it on while working and the songs started creeping in on me. Then I finally took some time and sat down and listened intently on my real stereo as opposed to hearing it on the computer or in the car. This cemented the view I’d been building to most of the day that this was truly a great album. Now there are parts which I’m not fully enamored with but those pieces are minor in the grand scheme of things. Arioch has managed to create an album which again is immediately recognizable as a Funeral Mist album but without sounding really like any of his previous albums. Perhaps the most obvious change is that that despite the songs mostly all being on the longer side the speed and intricacy of riffs and fills have gone up significantly. All songs are mostly balls to the wall fast and riffing is often inhumanly complex. Now sometimes this goes overboard and I feel my mind starting to wander but those moments are luckily few and far between. Despite coming out as late as it did in my book Funeral Mist managed to blow the competition out of the water this year.