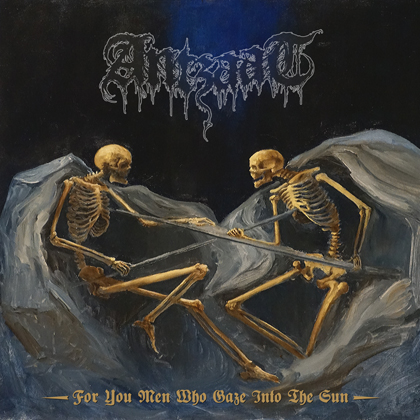 When I first ran across this album some lines must have gotten crossed because I thought I read it had been released a few year ago. So as I was preparing this years list it didn't even occur to me to include it, however as I was going through all the releases of the year to if I'd missed anything I found it there sitting under 2020. This was rather fortuitous as I still had space on the list. Antzaat were a new find for me but their no nonsense second wave style sounds reminiscent of much else I listen to. For You Men Who Gaze Into the Sun in my book falls squarely in the realm of party black metal. There is nothing complicated here, drink a few beers, crush the cans against your skull and rock out. This is solid and utterly enjoyable, as with many of this types of albums the question will be how much staying power it ends up having. However in the meantime I will just spin this again.

Permalink, Source, Tags: musicblogbest ofbest of 2020AntzaatFor You Men Who Gaze Into the Sun