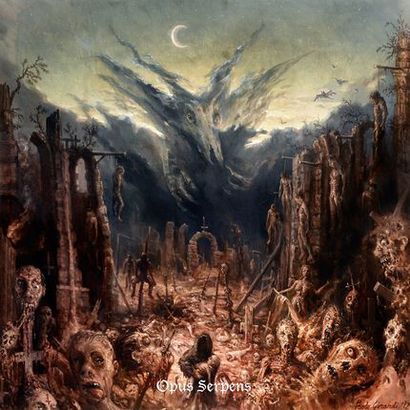 Ashencult is a band that’s been on my radar since last years great Black Flame Gnosis, so as soon as I heard this was coming out I had my pre-order for the vinyl in. It’s been spinning relentlessly ever since. Their track is a mostly mid tempo affair of great old school black metal. Much like last year’s album this isn’t necessarily breaking any new ground but once again the execution and fire is all there, and that takes you a long way. Mephorash was a band I was unfamiliar with but their track on this split stands up quite well, although I could have done without the spoken word passages. Otherwise it melds well with the Ashencult track giving the split a nice consistent sound. Overall a great little split.